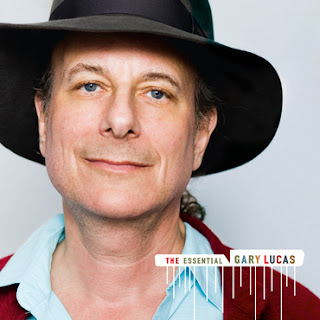 Utterly peerless, there's no finer pedigree in the world of creative music than Gary Lucas's and this double CD showcases the remarkable breadth of his work over the years.

From the discipline and ambidexterity of 'difficult' music by Janacek or Beefheart to dancing nimble-fingered like dandelion seeds in the wind on Will o' the Wisp, you can't catch Mr Lucas. He's ever-evolving and forever creating. A perpetual motion machine.Even in lockdown, there's no rest - more productive and more live than Fripp and Toyah's Sunday Lunch, more wholly engaging, regaling delightful tales of sound and vision in between his vast catalogue of songs.And what a catalogue. A culture junky and man of exquisite taste, this emerges in this compendium of favourites, rarities and alternative versions.Extraordinary guitar playing with not a cliched lick in sight. An album not only for every axe victim, at any level, but also for anyone who'd appreciate a cast list including Buckley, Beefheart, Dvorak, 30s Chinese pop, American blues, European folk, film soundtracks and guitar-shredding rock.Disc one introduces us to Lucas's own compositions with his band of gipsies, Gods And Monsters, featuring his subtle guitar wizardry and his downbeat vocals. Disc two shows just a soupcon of these many staggering collaborations along with some live / alt versions of his own oeuvre, spanning over 30 albums.
Highlights: King Strong, Lady Of Shallot, The Wall, The Golem, Largo.

Popular posts from this blog 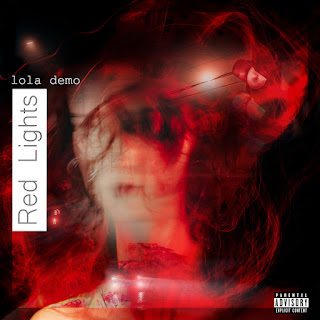 Two seconds in on track one and that voice.   One part velvet, one part sandpaper, a wounded howl or a tender kiss.  Back in the garage with her bullshit detector flicking into the red, Erika Bach brings us her sixteenth (or maybe twentieth) Lola Demo album - but who’s counting. They keep coming like incendiary bombs and stand tall, proud and brave, like a country invaded. If you already know her work, the quality will come as no surprise. If you don’t know, where the hell have you been for all these years?  Ten tracks, beautifully constructed and produced but organic and not contrived. Guitars that are just this side of dirty and then can split your temples like angle grinders or air raid sirens. A siren indeed. The theme may be dark throughout:   look at the world right now, showing its inhumanity and overbearing draconian power but “come with me, darling”, Erika beckons. And we trust her.  With a vocal range to die for but never shoved in your face, every track is a gem. Some shi
Read more